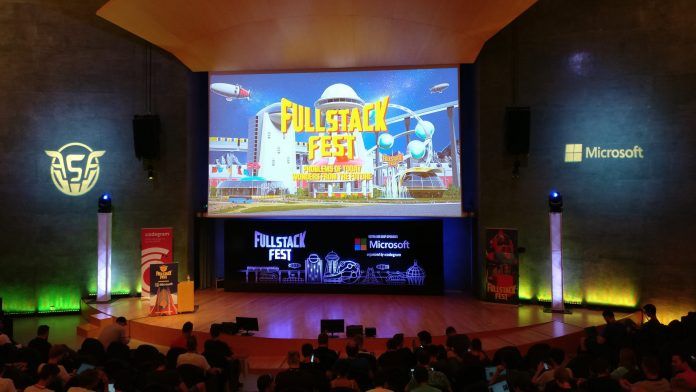 Last week, the Axa theater of Barcelona was once more host to the Full Stack Fest: a conference tailored toward developers and entrepreneurs of the IT sector looking to engage with the community and hopefully get something valuable back —like an insightful lesson or perhaps even making an interesting contact.

With the tagline “Problems of today, wonders from the future”, the event promised, among other things, a long list of experts talking about the challenges and problems they’ve faced in their careers, and how to solve them with “new and inspiring perspectives”. Attendees swarmed the auditorium before every keynote, and among smartphone and laptop screens, they carefully listened and some even took notes.

However, it was pretty clear from looking at its schedule and what it offers, that Full Stack Fest was also an event deeply ingrained with the city where it was taking place. Though perhaps still far from leaders like London, Barcelona is already one of Europe’s “talked about” cities regarding tech, innovation and startup culture in general… and it’s growing. It’s also one of the hottest tourist destination in the world at the moment. The festival embraced this: besides the talks themselves, there were also a large number of recreational activities across all of the city.

In fact, of the five days the festival lasted (a full working week), Wednesday was almost completely reserved for such activities, if not for the several development workshops that also took place that day. The schedule included a running tour, volleyball on the beach, an e-bike ride, a tapas and history tour and much more. The attendees got to take a break in the middle of the week and, for those who were not locals or familiar with the city, they got a chance to know it and get the full experience. 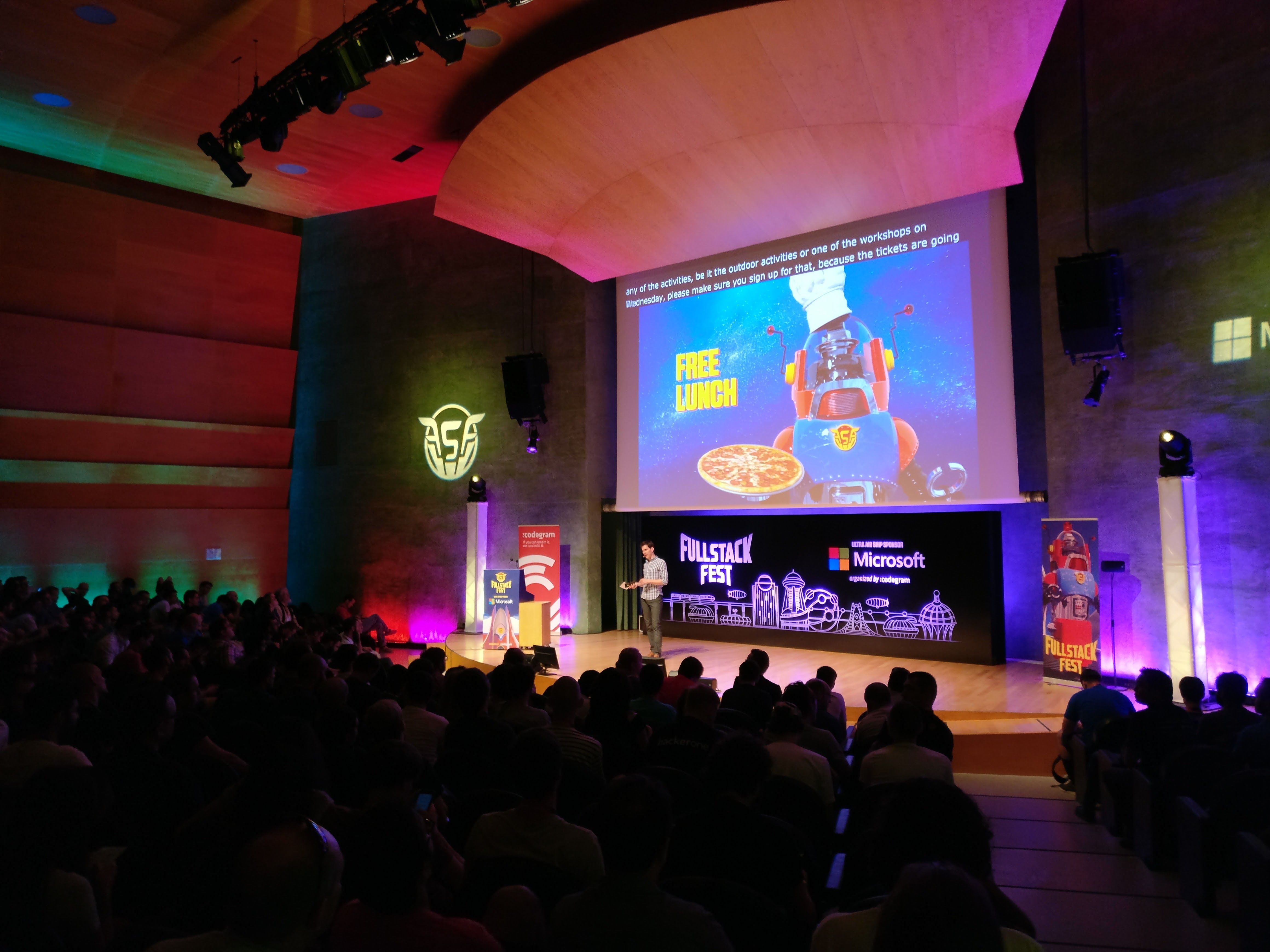 It’s barely its second year, but Full Stack Fest has already proven to be a success. The venue sold out the week before, and each conference was a packed full-house (not to mention the activities, which ran out of spots very fast). With a straight forward approach and a colorful presentation with a lot of personality, the initiative clearly stuck a nerve. It also had that spark typical of many “growing” projects: it was new, and it was exciting.

Officially, the 30 speakers were divided among those who dealt with back end and those who worked in front end development, but for those who attended there was also a very noticeable, unofficial distinction: while most of them focused on the expected technical subjects, dealing directly with code and developing tips, other keynotes also gravitated towards the human element, or more social-oriented challenges in general.

One presentation dealt with how to migrate an existing service to a serverless platform, and then a couple of hours later, an expert advised the audience on the best way to handle a major incident, specifically at an organizational and management level. One talk was about the way machine learning was being used at Booking.com, then another one tried to defend people’s involvement in cybersecurity issues through positive reinforcement. It was the right approach, and it kept the keynote marathon interesting and engaging.

At every break, the auditorium quickly emptied as the attendees swarmed the lobby, eager for a chance to discuss what they had just listened, connect with other people and eat some of the offered snacks. Some stayed in the building on the designated areas for breaks, while others chose to go out in the summer sun to talk or take a walk. Full Stack Fest was a deeply social event, too, and it made sure its attendees took advantage of that by giving them much desired lunches (tickets for the best restaurants were gone after a few minutes!) and invitations to night parties, each celebrated at a different club each day of the festival. 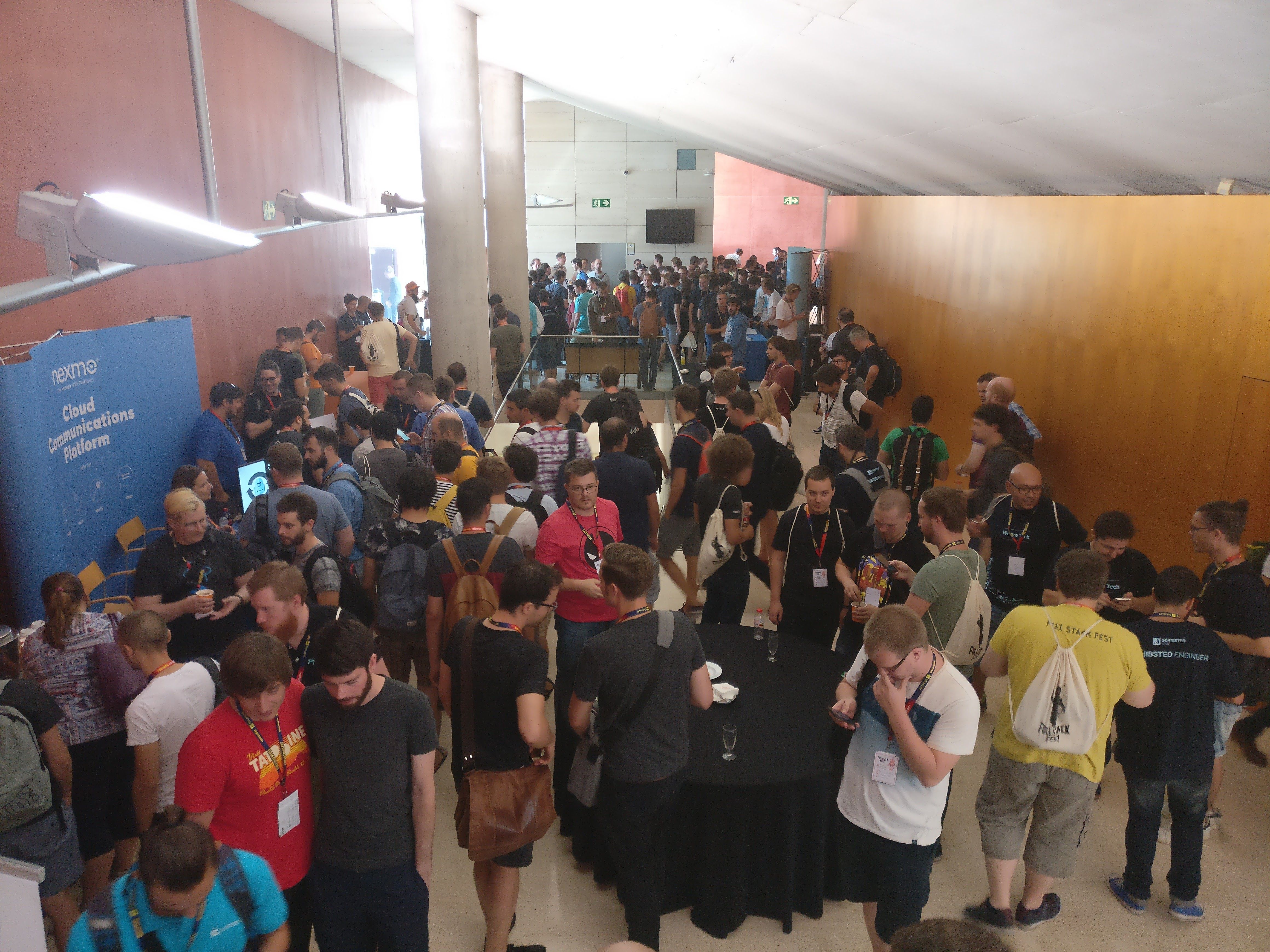 Though English was the common ground for everyone, including the presentations, attendees came from all over Europe and other parts of the world too. American and British accents were easy to hear among the crowd, as well as clear non-native accents. “Where are you from?” was a common question among the several conversations, four words that perfectly symbolized what the interactions that comprised the whole event.

Barcelona is not a stranger to these kind of affairs. Full Stack Fest itself is the evolution and combination of two previous events, and other initiatives like Polycon, which is having its first edition this October and shares the same venue, are well into their multi-year edition. However, that’s not to say this kind of events are necessarily redundant. They both provide growth for the tech community of the city, which still has a long way to go.

The demand is there, and as long as it’s met, it will prove to keep giving back to the IT sector. Full Stack Fest has a powerful differentiator in its social and recreational activities coupled with a week-long format that helps to foster relations. Other conferences have their own strengths to offer as well.

The organization responsible for the Full Stack Fest is Codegram, a London and Barcelona based company that started in 2009 as a web consultancy, but has grown to do many more things since then, like organizing the Barcelona Ruby Conference and FutureJS. Full Stack Fest is the evolution and combination of both of those events.

If you missed Full Stack Fest 2017, they fortunately have all of the keynotes available on their YouTube channel. If you did go to the event, you can leave your impressions on a Typeform survey they have open. In the meanwhile, rest assured: Full Stack Fest 2018 is coming!

Thank you attendees, speakers & sponsors for this amazing week, it’s been amazing ❤️ See you next year! 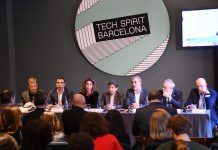 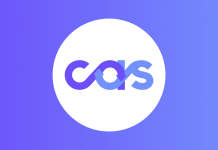 The best tools for videoconferencing in 2020

Learn the best practices and case studies from different developer tools, new frameworks, platforms and techniques across the Web stack. Bring fresh ideas back to your business. The perfect conference

Learn the best practices and case studies from different developer tools, new frameworks, platforms and techniques across the Web stack. Bring fresh ideas back to your business. The perfect conference retreat for passionate developer teams.

Interview: Matthias Noback gives us insight into microservices and the Netherlands

IoT Solutions World Congress 2017 proved to be more than just...

Istanbul Plans to Transform Into a Smart City